With copper able to support 100 Mbps, the impetus to switch to fiber may decrease.

The world stage would appear set for fiber to the home (FTTH) to take a star turn. People are consuming more video than ever in their homes, playing more online games, and sharing more files. Countries around the globe have established aggressive service level and availability goals as part of national broadband agendas, most with data rates, like 100 Mbps, that have traditionally required optical transport. And technology advances have made FTTH easier and less expensive to install.

Add these up, and it makes sense that Point Topic's most recent statistics indicate a rise in the number of FTTH connections and a concurrent shrinkage in DSL subscribers. (Several cable operators also have dabbled with optical access technologies, but most seem content with their hybrid fiber/coax infrastructures.) Yet if you look closely, you'll notice that the swing toward fiber isn't as pronounced as you might think. For example, PON equipment sales in Europe, the Middle East, and Africa (EMEA) dropped 50% during the first quarter of this year, Infonetics Research reports. During the same quarter, market share leader Huawei saw its worldwide GPON revenues drop 5% and EPON sales slip 4%, the market research firm adds.

Seasonality provides one explanation for such performance, perhaps. But sources within the industry say that the catalysts that should tilt the seesaw toward FTTH have begun to spur interest in partially optical approaches such as fiber to the node (FTTN) and fiber to the cabinet (FTTC), thanks to recent and upcoming performance advances that improve copper's ability to transmit high-speed services. As a result, all agree that FTTH is the future of fixed broadband access – but that future may not be as close as some would like.

The trouble with FTTH

When it comes to performance, there's no question that FTTH rules. Lightwave's sources for this article universally agree that carriers will deploy FTTH in greenfield fixed-network scenarios for this reason. Even in brownfield applications, there's no lack of desire for optically enabled broadband-service provision. Teresa Mastrangelo of broadbandtrends.com recently conducted a survey of carriers about their access-network plans that underscored this point.

If you feel a "but…" coming, you're right. Actually, there are three of them, which Stefaan Vanhastel, marketing director for wireline fixed access at Alcatel-Lucent, describes as follows.

Yet carriers have had to accept these drawbacks if they wanted to provide downstream data rates anywhere near 100 Mbps – until recently. The advent of VDSL2 and a companion noise cancellation technology called vectoring, plus the upcoming promise of G.fast, gives service providers an alternative that in many cases obviates the need to replace their existing copper lines to support 100 Mbps.

This ability to support fiber-like data rates over copper isn't without its own disadvantages. VDSL2 operates effectively at a distance of 3,000 ft from the subscriber, so in a network engineered around ADSL2 distances, operators will have to pay the cost of moving or adding DSLAMs in addition to the cost of adding VDSL and vectoring transmission and subscriber hardware. The cost is about 5X the ADSL2 baseline, Vanhastel estimates.

Vectoring also works significantly better when it's applied to all the lines in a binder; in fact, interference from non-vectored channels can cancel vectoring's beneficial effects. That means either the carrier has to upgrade simultaneously every subscriber the binder serves (even subscribers who decline to pay for upgraded services) or face some tricky engineering challenges that vectoring technology vendors are working hard to help them solve.

Nevertheless, the appeal of a lower price tag – the 5X premium for vectored VDSL2 is a third of FTTH's cost, Vanhastel points out – and simplified, speedier rollout has caught the attention of carriers worldwide. Nearly 70% of the broadbandtrends.com survey respondents report that they are in trial or actively deploying VDSL2 vectoring technology (see "Survey confirms operator demand for VDSL2 vectoring" on www.lightwaveonline.com for more info).

And it's not just confirmed FTTN/FTTC proponents such as AT&T, Belgacom, and Deutsche Telekom that might embrace VDSL2 and vectoring. "We also see a lot of interest in vectoring and copper technologies from operators with a clear fiber to the home strategy. And that was a bit surprising for us," Vanhastel says.

Vanhastel declined to name names, but Mastrangelo points out that shortly after the French regulatory ARCEP issued its guidelines for VDSL2 deployments, such carriers as Free, Bouyges Telecom, and SFR – which had previously attempted to meet France's Digital Agenda goals via FTTH – announced VDSL2 deployment initiatives.

Meanwhile, the FTTH versus FTTN debate has reached national political levels in Australia, notes Kurt Raaflaub, product marketing manager at ADTRAN (which, like Alcatel-Lucent, sells both FTTH and FTTN/FTTC products). The National Broadband Network (NBN) initiative was conceived by the Labor Government as an FTTH project. The opposition quickly deemed the initiative too pricey and suggested FTTN as a more economical alternative. The fiber-based plan survived one national referendum by a single seat in 2010 but faces an even stiffer challenge in elections this year.

"The killer app [for FTTH] kind of disappeared because copper caught up," summarizes Rob Mertz, access business manager, Communication Markets Division, 3M, another company that has its fingers in both FTTH and FTTN.

Of course, 100 Mbps is one thing, and 1 Gbps is another, FTTH proponents will point out. FTTN/FTTC backers will agree – it's another copper-based technology, G.fast.

Or at least a variant of G.fast. The ITU-T is currently working on G.fast specifications, a process that's expected to last at least through the end of this year. The current specification sets include support of:

Vendors that plan to support the G.fast specifications have already begun to look at what the technology can do at even shorter loop lengths, with an eye toward 1 Gbps. ADTRAN's Raaflaub mentions 1-Gbps support at around 50 m, while Alcatel-Lucent's Vanhastel says his company has demonstrated G.fast-based support of 1 Gbps at around 70 m.

Clearly, carriers that look at G.fast will need to have fiber very close to the subscriber. The node will be a "mini-DSLAM" that Raaflaub predicts will be the size of a toaster and serve 8 to 16 subscribers. The unit will benefit from the ability to be powered from the subscriber's premises and be placed in a wide variety of locations. The architecture is generally called "fiber to the distribution point" but likely will also be known by the different locations where the mini-node might appear: "fiber to the pole," "fiber to the door," etc.

The fiber to the door option may prove the most prevalent, particularly when talking about speeds approaching 1 Gbps. In essence, that's a fiber to the building scenario; the cost likely wouldn't be much different than standard fiber to the building, but the strategy would work well for older buildings that don't have modern cabling. "I could easily see France being a very big market for that," suggests Mastrangelo.

Other applications for G.fast are likely to be equally specialized because of the shorter loop lengths, sources surmise. Thus, G.fast may be a tool for specific or ad hoc scenarios rather than something deployed on a regional, never mind national, basis.

Can't we all just get along?

While it may be easy to see FTTN and FTTC as competitors to FTTH, those that sell such technology see each approach as a complementary piece of an overall FTTx strategy.

"It's very clear that it's not going to be either/or," offers J.F. Klein, another access business manager within the Communication Markets Division of 3M. "We're going to see for some time FTTH rollouts in some areas of a customer's network and FTTN in some others – maybe preparing for fiber from that node all the way to a residential unit or a corporate user."

"It's not one versus the other," concurs Raaflaub. "They are two tools in the toolbox. I can't build a home and paint it with just a hammer. Or, sure, I could, but it would take me a long time and I wouldn't do a very good job with the paint."

The various technologies create a virtuous circle, Raaflaub asserts. FTTN and FTTC create a demand for high-bandwidth broadband services that justify an FTTH deployment down the road. And that FTTH rollout will support G.fast infrastructures to bring similar services to subscribers FTTH can't reach.

All of which may not placate those who believe that FTTH should be the first and only choice for carriers who really want to keep up with future bandwidth demands. But it seems increasingly clear that while FTTx is the formula forward, x may not equal H in a majority of applications for some time to come.

STEPHEN HARDY is editorial director and associate publisher of Lightwave. 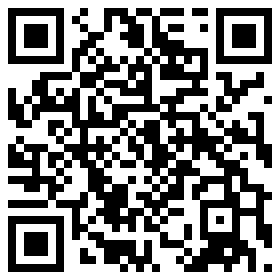